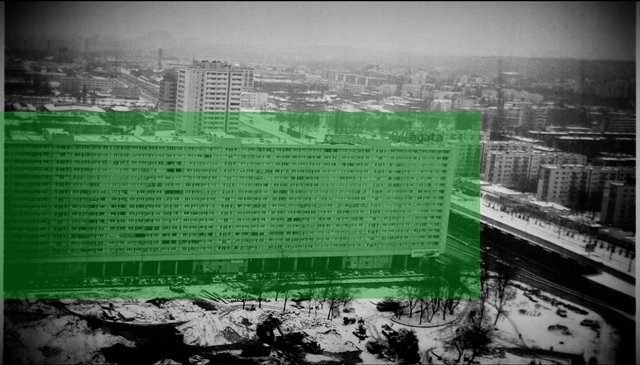 It is a huge block of flats in Katowice, designed according to
the idea of Le Corbusier as a “machine to live in”. On 15 floors of the
building, even 3 thousand people can live. The elevator stops every
three floors so the dwellers, in order to reach their flats, have to go
through a real labirynth of halls and stairs. The main characters of the
documentary are people living in the building and going through
important moments of their lives in it. It is here that their emotions
pulse, expectations arise, and their desires come true – or not. “The
building has 762 pairs of doors to flats. We only open a few for a
while, spend there a moment and go out,” the director says. The film was
made as part of the documentary DOK PRO course in the Wajda School and
has brought numerous awards to the author, among others, at festivals in
Opole, Poznań, Nijmegen, Sao Pauolo – Rio de Jenerio, Huesca,
Pernambuco or Perugia.