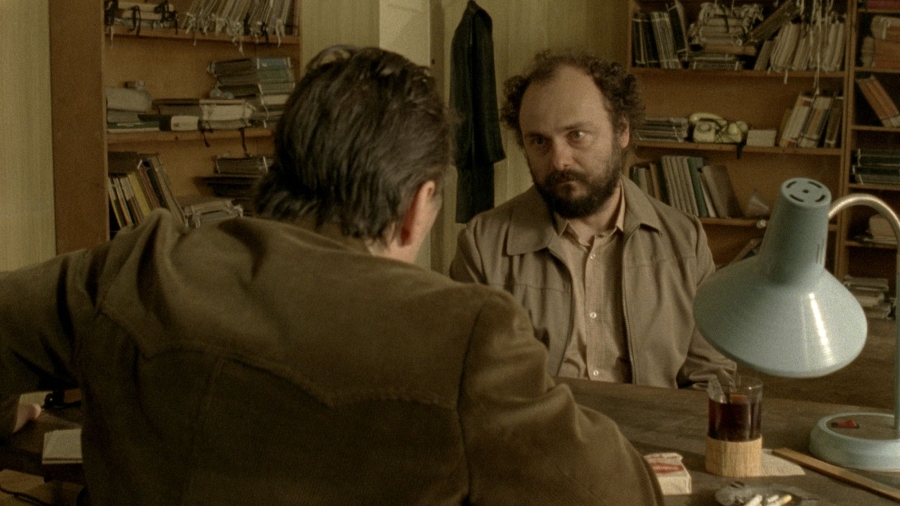 A Porter from Mewa Hotel

2012, 0 h 32 min
Communist times. Włodzimierz Zawada, a doorkeeper of a workers’ hotel, is a model citizen, and his imperturbable life passes being marked by his everyday little rituals. One seemingly trivial thing he accidentally finds on the hotel corridor shatters his little world and puts him in Kafka’s dead-end position. Zawada turns out to have served as a scapegoat of the local authorities who try to adulate the so-called ‘upstairs’. When their elaborate plan seems to have been accomplished, matters unexpectedly take on another, surprising turn. “A Porter from Mewa Hotel” follows the form of a grotesque detective film, and in a funny and at the same time bitter manner shows how ambiguously and unevidently the authorities operated in Poland in communist times.