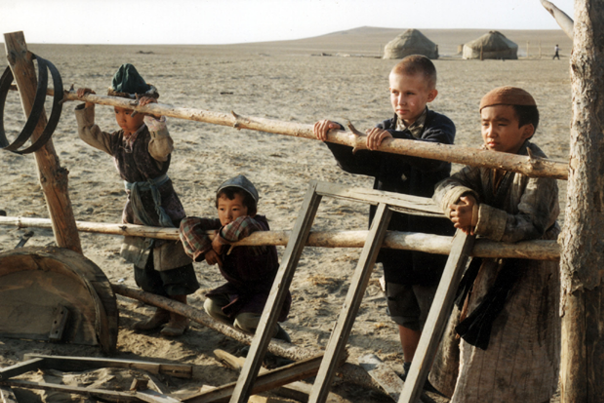 All that really matters

The film is a story of the moving love of Ola and Aleksander Wat. In the ‘30s, Wat, a
famous Polish futurism poet, belonged to the bohemians sympathizing with communism.
His wife Ola, one of the most beautiful ladies of pre-war Warsaw, was the
pride of literary salons. World War II breaks out. The Wats and their little son flee from
Warsaw taken by the fascists to the eastern territories of Poland. They fear Germans.
They are Jewish. Here, the Soviet occupation takes them by surprise. Wat is arrested,
while Ola and her son are deported deep into Russia, to Kazakhstan, where they work
in the fields of sovkhoz together with other Polish exiles. Being a Jewess and the wife
of a communist, Ola is boycotted by Poles. At the same time, she struggles against the
advances of a Soviet commander madly in love with her. She desperately fights for her
and her son’s survival. She goes through the horrors of hunger, fear and humiliation. All
this time believing that finding her husband is possible. Finally, she is sent to prison,
where, beaten and tortured, she accepts Soviet citizenship in return for a promise of
meeting Aleksander. A Soviet officer releases her from prison telling her that her husband
is dead. When Ola lies in bed, mentally destroyed, lacking the will to live, having
lost faith in what matters most, dependent on her son’s care, at the threshold of her
bedroom there appears… Aleksander. Ola, Aleksander and Andrzej are reunited. Forever.
They come back to Poland. However, their last port of call turns out to be France.