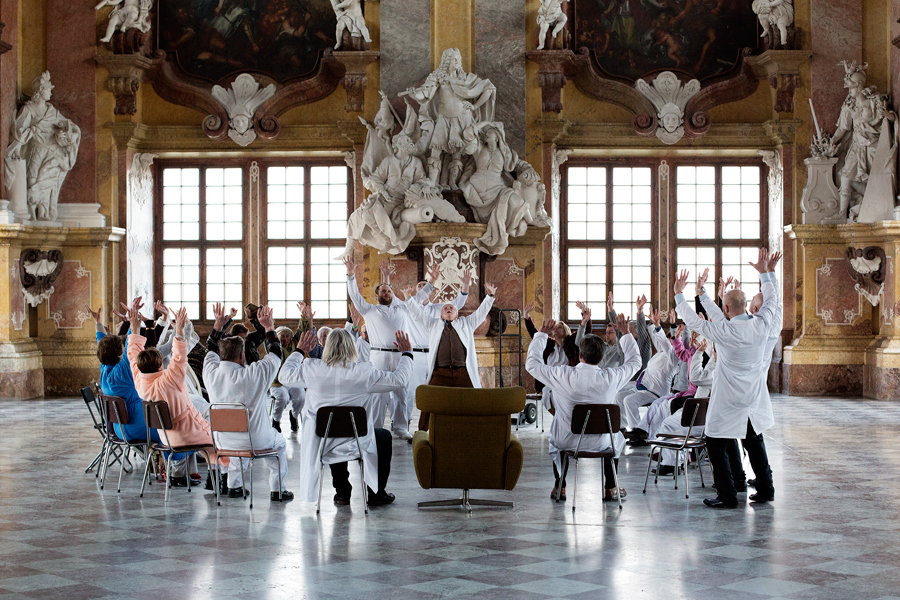 A remote, and a bit crazy to be honest, psychiatric hospital receives a curious patient —one who he doesn’t move nor speak but spends his days standing with his hands up. The only thing known is his nickname — “The Atlas”. In a word, he is a riddle and riveting one at that, like an itch you cannot quite scratch. Theories and informed-and-fact-based-gossip flourish all around the place. As luck would have it, so does the conflict as what to do with him. The situation is close to exploding, but the Atlas won’t stir. Or will he?

Maciej Kawalski is a writer-director who happened to be a doctor of medicine as well. His short films and TV commercials were awarded on numerous international festivals, while his first feature film script – The Clearing – got accepted to Sundance Screenwriters Lab Semi-Finals and subsequently entered preproduction with Brian Frankish, the producer of triple Oscar nominated Field of Dreams and Stanisław Dziedzic. Currently, Maciej is in preproduction of two feature films – one in Poland and one in USA.