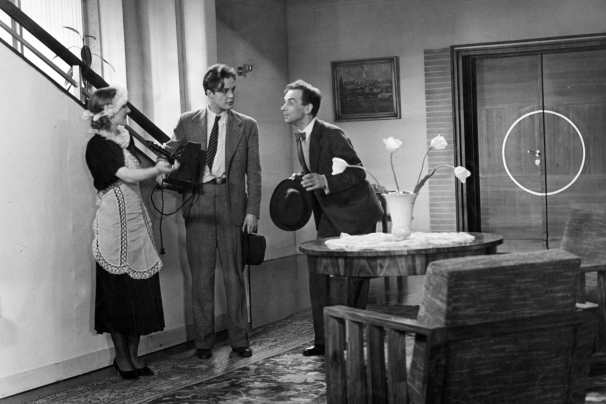 A young inventor constructs a telephovision – a device which makes it possible not only to hear your interlocutors, but also to see them. Already from the very first experimental conversation the invention brings about only misfortunes. The residents of Warsaw start to panic.

The film contains as many as seven songs, and the legendary dancer, Loda Halama, performs her signature number “Zraniony ptak”. It’s also the only film in which we may admire the musical personas of the day: singer Jerzy Czaplicki and Te Cztery, the first female vocal ensemble in Poland. So far the film has been known only in fragments. Almost ten minutes of lost material, including as many as two songs, were found in the collection of the National Film Archive.