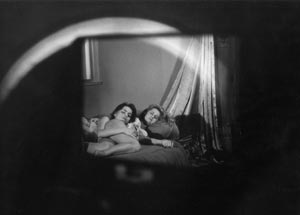 Doctor Nowak is an expert in literature deeply engaged in his work. His wife Elżbieta has enough of it so she packs her bags and leaves. Nowak feels lost and completely powerless in a new situation. He tries to face the surrounding reality he’s escaped from so easily until now. In his life appear women. All of them would like to taste sensual pleasure with Nowak. He can’t fight it for long. Using his new experiences, he even starts to write an erotic novel. In the process, reality gets mixed with fiction and the world turns one-dimensional: cosmic-erotic. The return of his wife saves him from madness.