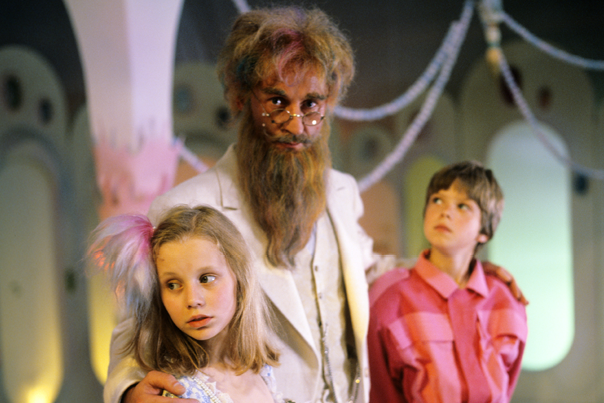 Mister Blot in the outer space

The Children’s Home in Maliszewo receives a wonderful computer. On
Christmas Eve it tells the children the future. Wielki Elektronik,
fleeing from Mr. Kleks’s expedition into space, has stopped on planet
Mango. He’s earned the trust of its governor and wishes to use his
latest invention – fantomization, to take revenge on Mr. Kleks. Mr.
Kleks has taken shelter on Earth in the last nature reserve, together
with a creature called Melo Śmiacz. Meanwhile, the children from the
School of the Future are in serious trouble…