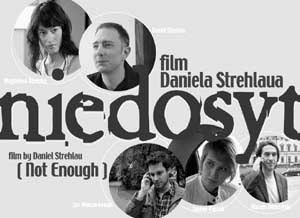 In a café, Ania breaks up with Marek even though she loves him. Marek would like to date another girl but he still thinks about Ania. He meets Kuba who’s been left by Agata and can’t get over it. Agata dates Jacek who claims that he loves her. When it turns out to be a lie, Agata hurts a lot and starts thinking about Kuba gain. But the man has already accepted how pointless were his attempts to win her heart…