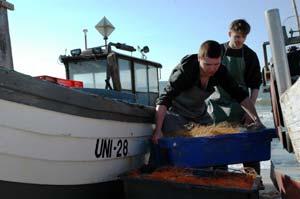 Silesia. Aga comes back home after a long stay in England. There, the situation is bad: her father may lose his job because of a strike in a coal mine. Her mother has already been fired from the hairdresser’s. Aga decides to invest the money she earned in England into her own hair salon.

Warsaw. Michał wins a radio hip-hop competition. His girlfriend Marta’s father decides to send his daughter to study in London. Michał tries to persuade her to stay. His family problems and humiliation from Marta’s father, who’s doesn’t approve their relationship, result in a fight within the couple. The girl doesn’t want to see him again.

Pomerania. After graduation, Wiktor comes back home on a province. He lives with his parents, works in a fish smokehouse and hangs out with his friends Rysiek, a wino, and Eryk, a loser. Wiktor can’t live in a family home any more. His mother wants to rent his room out to tourists. After a fight with a boos who skips payment, Wiktor quits work. Eryk offers him to go abroad. Nobody knows how did he get the money, but he’s willing to pay for the trip.