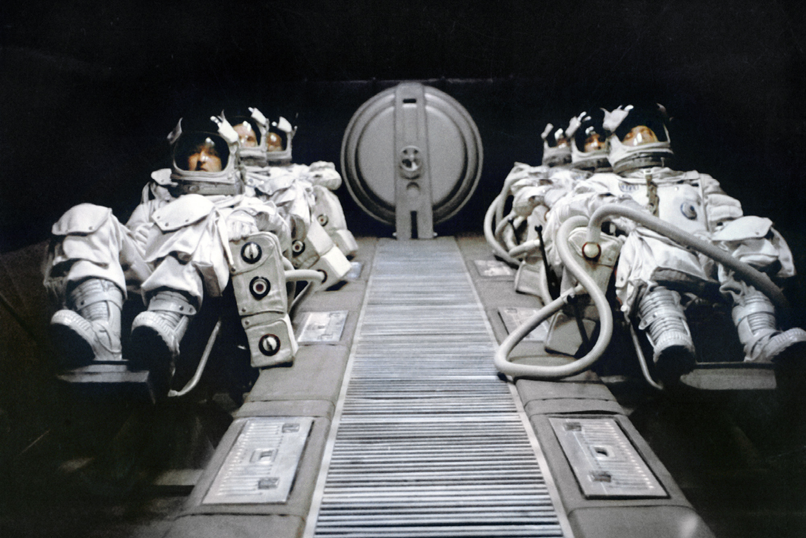 The film is a SF story of a test that a pilot, commander Pirx, is
undergoing. During the space flight, he needs to recognise an android
among people and assess his behaviour and his ability to make decisions
in extreme conditions.
Meanwhile, the android arranges a situation in
which a few members of the crew die, while he himself decides to prove
his usefulness by landing the spaceship safely…