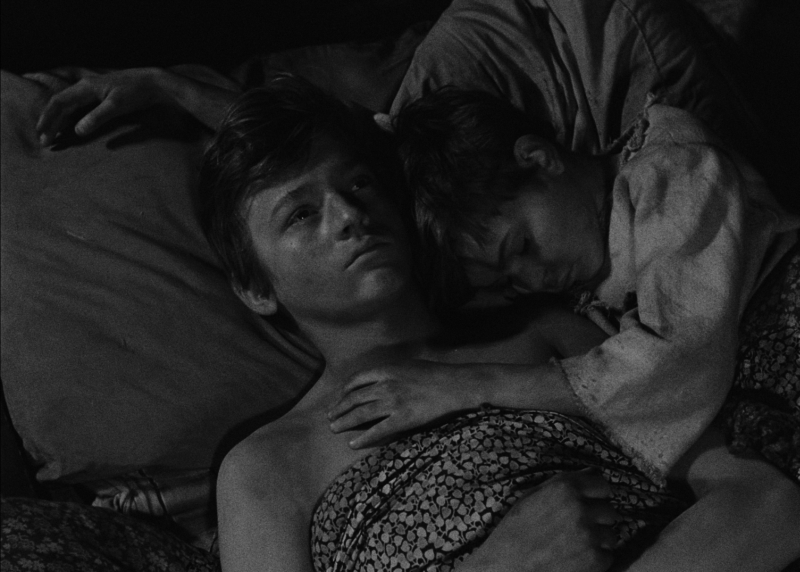 Facebook0
Provincial Polish town right after the end of the Second World War. A foolish prank and a tragic incident bring together the lots of a teenage orphan Stach and an old priest. As a result of an accidental explosion Stach loses his eyesight, as he attempted to frighten the old priest prior to the explosion, people treat the accident as a Divine retribution for an attempted attack against the reverend. Enmity towards Stach increases while the priest, the only person who knows the truth, remains silent…

Film adaptation of the autobiographical novel of Jerzy Szczygieł. Perfectly rendered small town mentality (“People like to stone others”), but first of all a deeply moving study in loneliness. Great acting of Kazimierz Fabisiak and the teenage amateur Mirosław Kobierzycki.