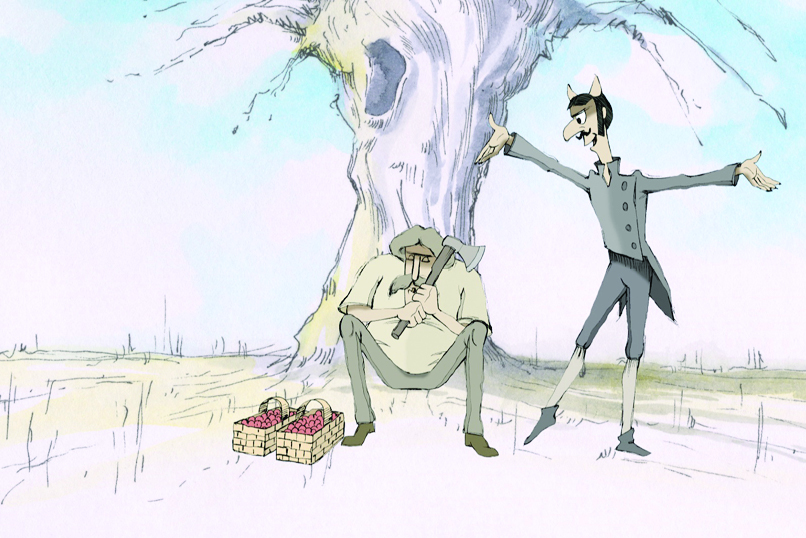 The Lumberjack and the Devil

In
the last forest in the area the Gamekeeper is keeping an eye on the
three last wolves stressed with birdsong. For want for something to do
the Lumberjack keeps building bird shelters. The Devil was supposed to
do what he always does, that is tempt and persuade to evil but… he was
tempted to the Lumberjack’s raspberries that he got from the
Gamekeeper. Even the Devil’s boss in hell is outraged and tells the
Devil to make amends. And so the Devil starts to work for the Lumberjack
as his assistant…