Friday at the 46th PFF 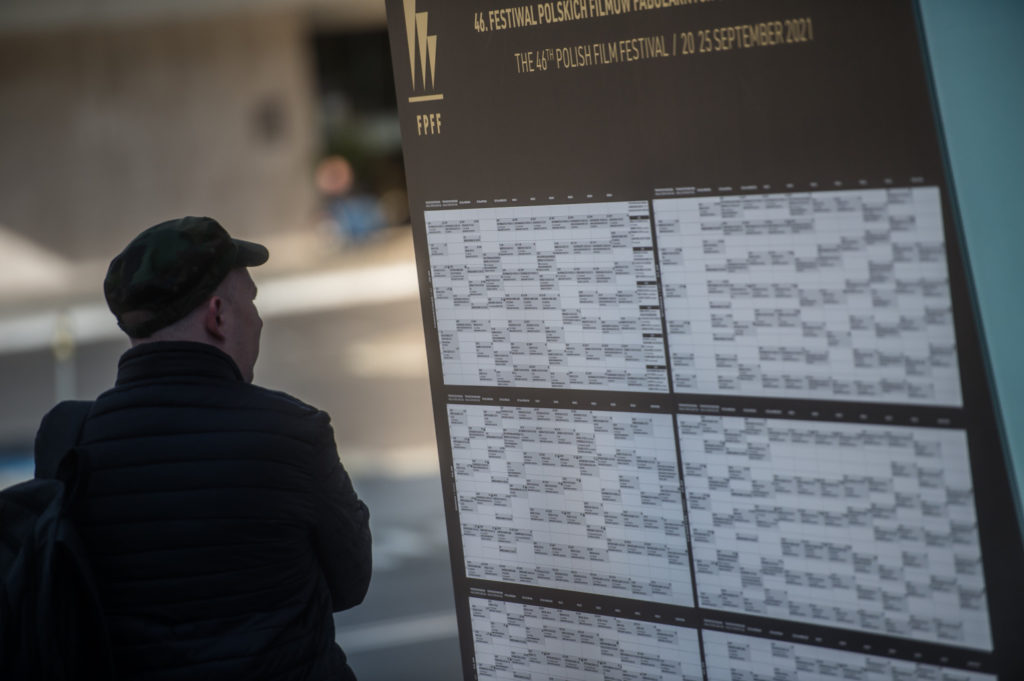 The first winners of the 46th Polish Film Festival we will learn already on Friday evening, during Young Gala. The day programme includes, among others, the meeting with the Platinum Lions Winner.

My Wonderful Life dir. Łukasz Grzegorzek and Autumn Girl dir. Katarzyna Klimkiewicz – these two films from the Main Competition of the 46th Polish Film Festival close this year’s programme of press screenings held in the Gdynia Film Centre. After the last press conference, journalists accredited to the Festival will vote to select the winner of the Journalists Award. This and other out-of-competition mentions will be awarded during the Young Gala. Throughout the day official screenings will be held on the Large Stage of the Musical Theatre, with the participation of filmmakers, as well as screenings and meetings with audience in Helios Cinema. The Friday programme covers also meetings with the filmmakers of the Microbudget Film Competition.

Who will receive Lucjan Bokiniec Award for Best Film in the Short Film Competition, the Special Award and Mention? We will find out it at 8:30 p.m. Young Gala will be held in the Museum of Emigration in Gdynia. By invitation only

On Saturday evening, during the Awards and Closing Ceremony of the Festival, a three times winner of the Golden Lions will receive the Platinum Lions, i.e. an award for lifetime achievements. However, you can meet Agnieszka Holland on Friday, after the screening of Fever – the film with which the director won the competition at the Polish Film Festival for the first time, in 1981. Later on, she received the most important award of the Festival also for In Darkness in 2021 and Mr. Jones in 2019. The screening starts at noon in Goplana screening room in the Gdynia Film Centre.

On Friday, the Festival audience will have an opportunity to meet Polish filmmakers engaged in Icelandic-Swedish-Polish co-production Lamb directed by Validmar Jóhannsson. The film, with a Swedish actress Noomi Rapace in a leading role, was awarded with the prize of originality in the Un Certain Regard section of this year’s Festival de Cannes. Co-producers: Klaudia Śmieja-Rostworowska, Beata Rzeźniczek, Bogna Szewczyk, Jan Naszewski. Edited by: Agnieszka Glińska. The screening starts at 3:30 p.m. in Goplana screening room in the Gdynia Film Centre. Guests of the meeting after the screening:Klaudia Śmieja-Rostworowska i Jan Naszewski

Changing business models on the film market. What has the pandemic taught us? Participants of the fifth day of industry events will try to find answers to these questions. The Friday discussion will focus on film financing and distribution, new production-distribution models, the role and future of cinemas and current threats and outlooks for the future.

During the debate, we will analyse particular examples of the pandemic experience – films which production and distribution coincided with the pandemic and restrictions that affected the film market. The event will be completed with the presentation of Black Photon – event partner. Other partners: Polish Film Institute, Producers Guild of Poland, Polish Audiovisual Producers Chamber of Commerce. Detailed programme HERE

Radosław Śmigulski invites the participants of the 46th PFF to a discussion on the most important challenges and the potential of Polish cinematography. Meeting with the Director of the Polish Film Institute is the fourth part of the cycle initiated in Gdynia in 2018. The event starts on 3:00 p.m. at Mercure Gdynia Centre.

Young producers willing to meet more experienced colleagues can count on answers to every question, real-life examples from professionals’ daily struggles and lots of valuable advice. At lunch, guests will talk simultaneously in small groups seated at themed tables, each devoted to a different topic, with a strong team of mentors and experienced producers. More details: HERE

Concert at the Acoustical Shell

Festival music will culminate on Friday (24th September) with the performance of Rebel Babel Film Orchestra together with the invited musicians, solo artists and filmmakers, curated by Łukasz L.U.C. Rostkowski. They will address the legacy of the greatest Polish composers of film music, such as Krzysztof Komeda, Henryk Kuźniak and Andrzej Korzyński. Referring to the Polish film canon, they will reinterpret excerpts from century-old Polish film music history. The concert starts at 9:00 p.m. in the Acoustical Shell at Grunwaldzki Square, between the Musical Theatre and the Gdynia Film Centre, where Festival screenings are held.